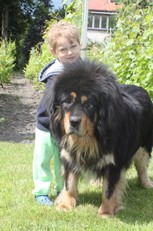 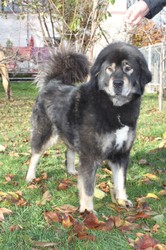 For a long time looking for a dog breed that correspond to our expectations. The choice fell on Tibetan Mastiff. For over a year we corresponded with breeders and learned about them everything about their character and morals.

This was to be the only dog in our family. But if someone has one of Tibet's for sure with time wants to be the next and this is how we began to think about the other dog and the creation of culture.

After a long search, the choice fell on the Czech Narpo Ransi kennel, which at the beginning of March 2007, we received a black and tan dog named EYANG MAHATMA Narpo Ransi.

Our third inmate is Asher Dewi Mahakala - one girl from our litter.

In 2011, she came to us from the Czech Republic Zuzia (A-Zomkyil from Yushy), which has grown to a very large size (80 cm at the withers).

Recently came to us very hairy female, which at home we Ogi (oggi Narpo Ransi). 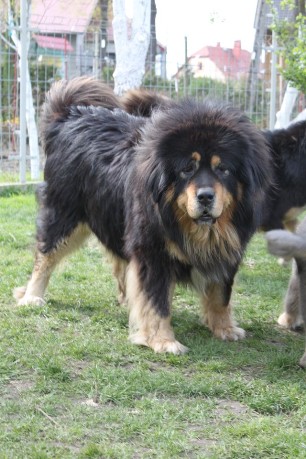